Since founding his first business at age 13, Kizen CEO John Winner has laser-focused his efforts on building companies that empower teams to innovate faster and accelerate profitable growth through next-gen technologies. He co-founded Kizen out of his belief that great products and people can coalesce to advance humanity. Prior to his current endeavor, John co-founded and served at the helm of management consultancy Scientific Marketing Group. Under his leadership, the firm served over 50 companies, helped launch four multimillion-dollar brands, and generated profitable revenue for enterprise companies, rapid growth startups, and main street businesses, alike.

Distinguished by his track record for technological innovations, Scott Turner is the CTO of Kizen, where he drives the company’s engineering and product teams to deliver superior product experiences for every customer. Scott co-founded Kizen as part of his lifelong ambition to help people conduct business in a more impactful and profitable way. A mathematical genius, Scott was the valedictorian of his chemical engineering class at The University of Texas at 20 years old, while simultaneously co-founding and serving as COO of management consulting firm, Scientific Marketing Group. During the same time period, Scott also made his mark at 3M, where he holds the patent on a product invention that generates over $35 million in annual revenue.

Susan Sheskey is an advisor to businesses, academia and governments, following a successful career at Dell that culminated in her role as CIO. She sits on the board of directors for StoredIQ and Digby, and serves on the Strategic Technology Advisory Board to the Malaysian Government. Susan also lends her expertise to higher education, serving on business and technology advisory boards at the University of Texas, Texas A&M University, Miami University, Northwestern University and St. Edward's University. She has received numerous accolades over the years including nine CIO 100 Innovation Awards from CIO Magazine, inclusion in eWeek’s list of the Top 10 Most Powerful Women in Technology, and recognition as one of Diversity Journal’s Women Worth Watching. She was also a spokesperson at the 2006 World Congress on Information Technology.

Alex Smith is a partner and senior advisor at Brown Advisory, following its $1 billion acquisition of Meritage Capital, the firm he built and led as CEO. He previously founded and was a managing director of Dell Ventures, the private equity arm of Dell, Inc. and served as the treasurer of Dell before that. Alex has also held finance and treasury positions at Commodore International, Ltd. and EDS, and is the president of St. James’s Park Holding, LLC, an Austin, Texas-based family office. He serves on both the finance committee and board of trustees for Children’s Medical Center Foundation of Central Texas. A proud University of Florida alumnus, Alex is a member of the Dean’s Business Advisory Council for his alma mater’s Warrington College of Business Administration and also sits on the board of the University of Florida Investment Company.

Ro Parra founded Daylight Partners after retiring from a prominent career at Dell. During his tenure, Ro ran all of Dell Americas as SVP and general manager, responsible for the company’s operations throughout the region including marketing, sales, manufacturing, and services. Prior to his promotion to Dell’s Executive Committee, Ro also held several general management roles including oversight of Dell Home and Small Business, Dell Public Sector, and Dell Corporate Sales. He currently sits on the boards of Pacific Gas & Electric Co and YMax/MagicJack.

Rocky Mountain sits on the board of Daylight Partners portfolio company, FGA Media, Inc., and Frontier Renewal, LLC. He previously served in a variety of leadership roles at Dell, most recently as vice president and general manager of its U.S. consumer business, where he had P&L responsibility for the $10 billion business unit. Prior to that, he led Dell’s Americas transactional group, and also held executive positions with Dell’s online group and federal business unit. A man of many talents, Rocky has worked in the startup world, led a marketing and advertising agency, and distinguished himself in the political arena as well, working in both the Texas State Legislature and the U.S. House of Representatives.

Scott Helbing is founder and president of the entertainment and marketing consulting firm of his namesake. Before that, he was an executive vice president at AT&T, where he launched its entertainment division, and was responsible for acquiring and monetizing all content across TV, Internet and wireless devices. He also served as CMO of the company’s $40 billion consumer business. Over the years, Scott has held officer-level positions with other global brands such as YUM! Brands, Reebok, and Dell. He has served on multiple boards including Media Rights Capital, Radar, The Alamo Bowl, the Dallas International Film Festival, and the Marketing Board of the McCombs Business School at The University of Texas.

Recognized on Forbes’ Midas List as one of the top venture capitalists in the country, Jim Armstrong is the founder of March Capital Partners and managing director of Clearstone Venture Partners, where he focuses on early-stage information technology investments. Jim actively represented Clearstone’s pre-revenue investments in former portfolio companies including Integrien (acquired by VMWare), Jump Networks (acquired by Microsoft), Composite Software (acquired by Cisco), and PayPal, among others. As the first investor in PayPal, he oversaw the addition of Elon Musk and its eventual IPO. He also led Clearstone’s investments in SupplyFrame, Vast, and UserTesting, and sits on the board of two incubators: The Hive, focused on big data, and The Fabric, an innovation hub for cloud networking.

Mike Clifford is a highly regarded senior executive leader for high-growth companies. He currently serves as CIO for University Federal Credit Union and held the same position at Whole Foods Market for more than a decade. Mike is an active participant with the Social Venture Partner group where he advises nonprofits, and frequently counsels CEOs and investors on how to better market their products, and organize for expansion.

David Osborn is an author and entrepreneur who has founded over 50 companies and built one of the top real estate brokerages in the world. He is the principal owner in the largest real estate company in the U.S., which has 176,000 agents worldwide, and closes over $407 billion in sales volume in the U.S. and Canada alone. A member of the Keller Williams Master Faculty, David regularly teaches as a keynote speaker. He also serves as a managing partner of Align Capital and is the co-founder and chairman of Waterloo Associates, a private equity firm focused on the single-family real estate asset class. David sits on the board of the 1Life Fully Lived non-profit, a member of YPO/WPO Austin and TIGER 21, and also co-founded and leads GoBundance, an accountability-based group of entrepreneurs.

We’ve rounded up the brightest minds in business and technology to lead our company. Our executives, board members, advisors and investors are united in their thinking that life can be easier and distinguished by an unconstrained capacity to imagine the future. Allow us to introduce ourselves. 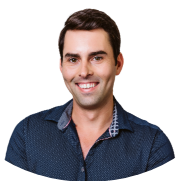 Serial entrepreneur who has been helping businesses utilize cutting-edge technologies to accelerate profitable growth since 2002. 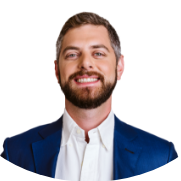 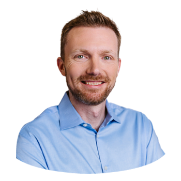 Engineering leader with successful exits and an IPO; most recently oversaw $130M ARR across three product lines at Dun & Bradstreet. Former director of global onboarding at Texas Instruments, where she managed talent acquisition operations for the company’s 30,000+ employees. Nine-time recipient of CIO Magazine’s CIO 100 Innovation Award. Recognized as one of eWeek’s Top 10 Most Powerful Women in Technology.

Founder of Dell Ventures and former treasurer for Dell with 30+ years of experience in global financial markets and high-tech industry sectors.

Successful venture capitalist who founded Daylight Partners after leading Dell Americas as a member of the Dell Executive Committee.

Previous senior executive at Dell in charge of multiple business units, including P&L responsibility for Dell’s $10B U.S. consumer business.

First investor in PayPal who oversaw the company’s eventual IPO. Recognized on Forbes’ Midas List as one of the top venture capitalists in the US.

Founded 50+ companies including the largest real estate company in the U.S., with 176,000 agents globally and over $407 billion in sales volume in North America.